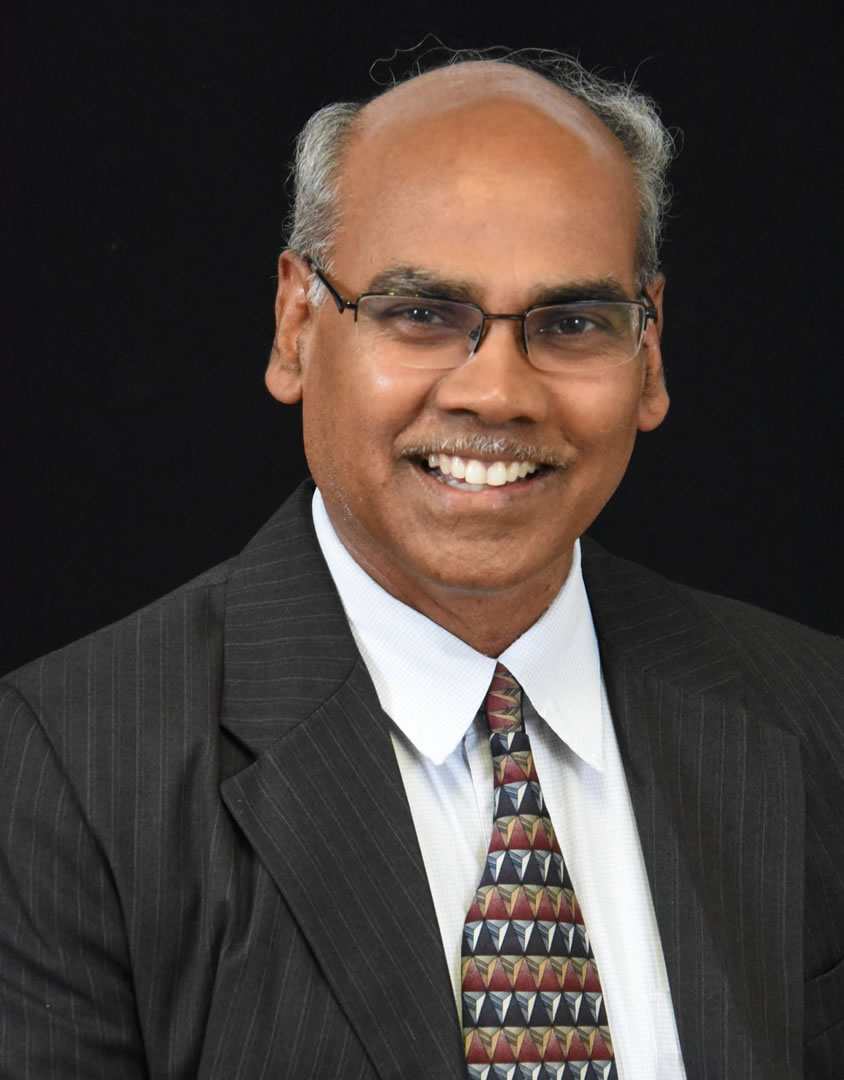 Dr. Naidu V. Seetala is presently serving as the Head of the Department and Edward Bouchet Endowed Professor in Physics. He joined GSU in the fall of 1988 after serving as a Post-Doctoral Research Associate and Lecturer at the University of Texas at Arlington for about 3 years. He obtained his Ph.D. in Physics from the Saha Institute of Nuclear Physics, Calcutta, India. He served as visiting scientist at Argonne National Laboratory, NASA Glenn Research Center, and Wright Patterson Air Force Base, as a visiting faculty at the MINT center, University of Alabama at Tuscaloosa, and as an adjunct professor at Louisiana Tech University.

Dr. Seetala has over 90 research publications in refereed journals. He has given several invited talks at International scientific conferences. He was honored as a chief guest at the International Academic Conference on Engineering, Technology and Innovations, New York, August 28, 2015. He has been awarded the Outstanding Research Faculty at GSU multiple times, received the Thurgood Marshal College Fund Outstanding Faculty Award in 2009 and nominated by GSU for the Presidential Award for Excellence in Science Mentoring (Whitehouse initiative). His NASA research has been highlighted on TV8 News: CBS KNOE TV8 Evening and Night News, Nov. 24, 2010; and his Ultra High Temperature Ceramics research has been highlighted in “The News Star”, Special Issue, Monroe, Sunday, March 27, 2016. As per the “Research Gate Spotlight”, his publications reached 200 citations and 400 reads in last year.

Dr. Seetala has worked diligently to strengthen experimental physics at GSU. He established state of the art research facilities including Positron Annihilation, Magneto-sputter thin film coater, vibrating sample magnetometer, SQUID magnetometer, Environmental SEM with EDXS, and Mossbauer spectroscopy. He has served as a member of the Editorial Advisory Board – “Material Science Foundations”, Trans Tech Publications, Switzerland, as a referee - AIP American Journal of Physics: Apparatus and Demonstration Notes, and as a referee – Journal of Nanocomposites-B, Arabian Journal of Chemistry, and Proc. Am. Nuclear Society, ‘Physics Procedia/Nuclear Instruments and Methods-B’, International Journal of Advances in Science Engineering and Technology, and Int. J. Appl. Ceramic Tech. He has served as a Member of Organizing Committee for several conferences including Louisiana Material Science Conferences and Louisiana Academy of Science Meetings.