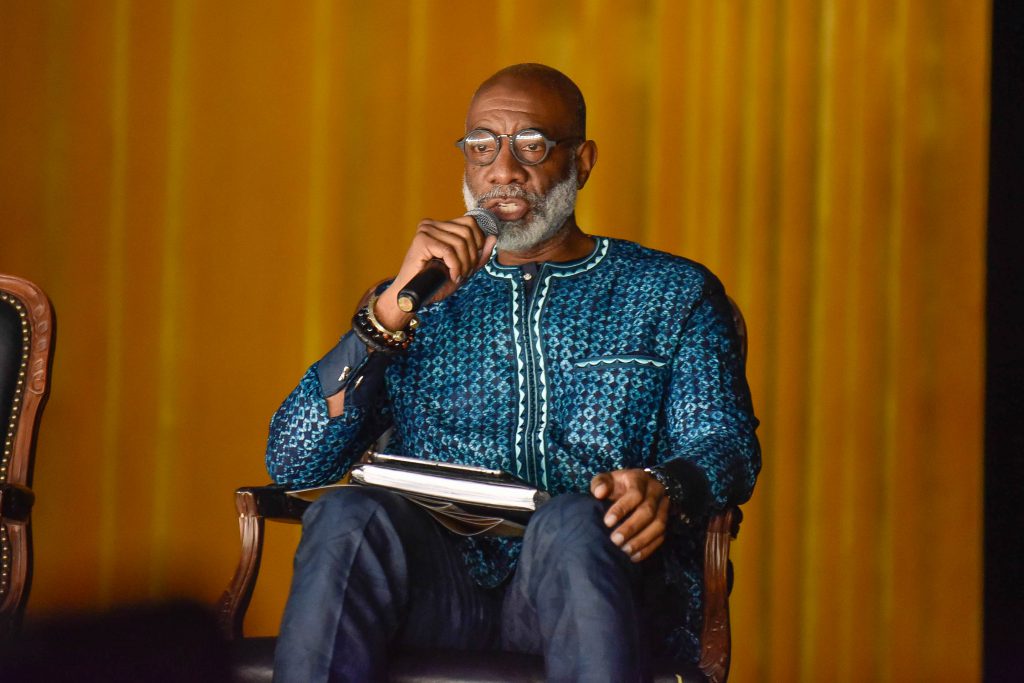 At the start of their discussion, the panelists were asked to give their perspectives on the Constitution and what it means to them.

“The Constitution sets forward the foundation for our rules of law,” Hol

mes, former police chief for Monroe, Louisiana, and former assistant professor in GSU’s Public Administration Department where he currently teaches both criminal justice and public administration courses, said as he opened the discussion. “While it’s not a perfect document, the Constitution has been a very good document and the longest-lasting Constitution of any country in the world. So when I think about the Constitution and how it dictates what we do, it helps maintain law and order within our country. It’s not always perfect — that law and order — but it does give us a foundation.”

Washington, currently an associate professor in the Sociology and Psychology Department at GSU, challenged the Constitution in his opening. 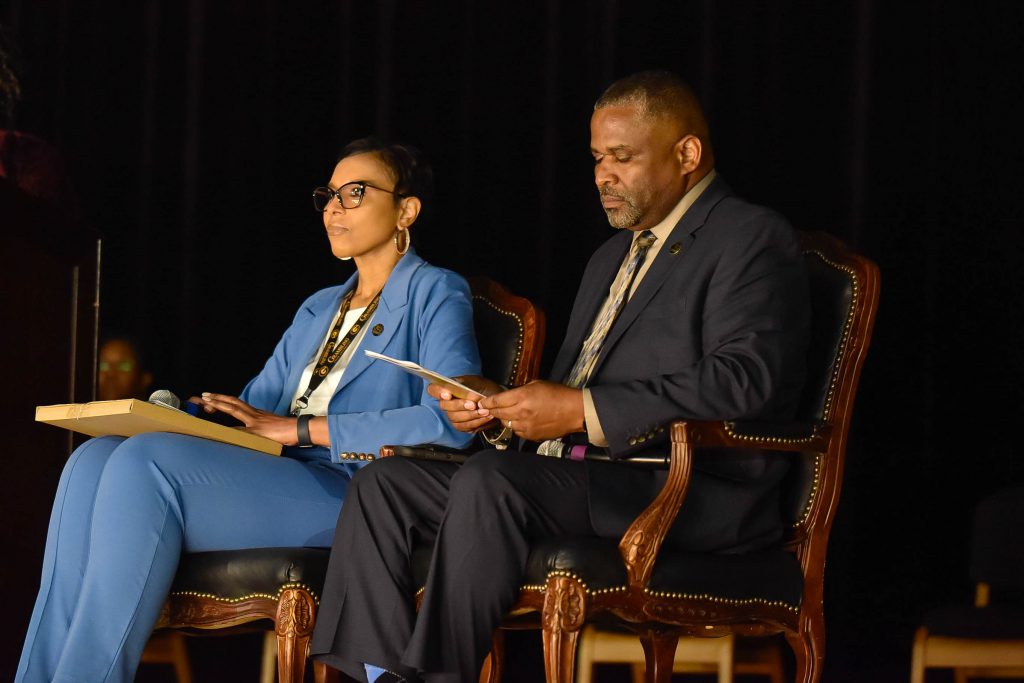 “From its beginning, who are considered its people, who are the ‘We’ being talked about?,” Washington asked. “You can clearly see in the Declaration of Independence that those who owned land were the ones who were human and that they had rights and the ones who did not own land didn’t.”

Holmes got more to that point when asked what he felt was the purpose of the U.S. Constitution.

“The purpose of the Constitution is to make sure everyone is treated on a level field,” Holmes said. “But we do know that when the Constitution was crafted and written, it didn’t consider minorities, and in specific, Blacks, on that same level playing field. When it was written it wasn’t written for us, it wasn’t written for African Americans. It was written for the whites of the day and then of course later amended and that’s what brought us into the fold of being treated equally.

Moses, chief operating officer at GSU, said she believes the purpose of the Constitution has evolved over time. 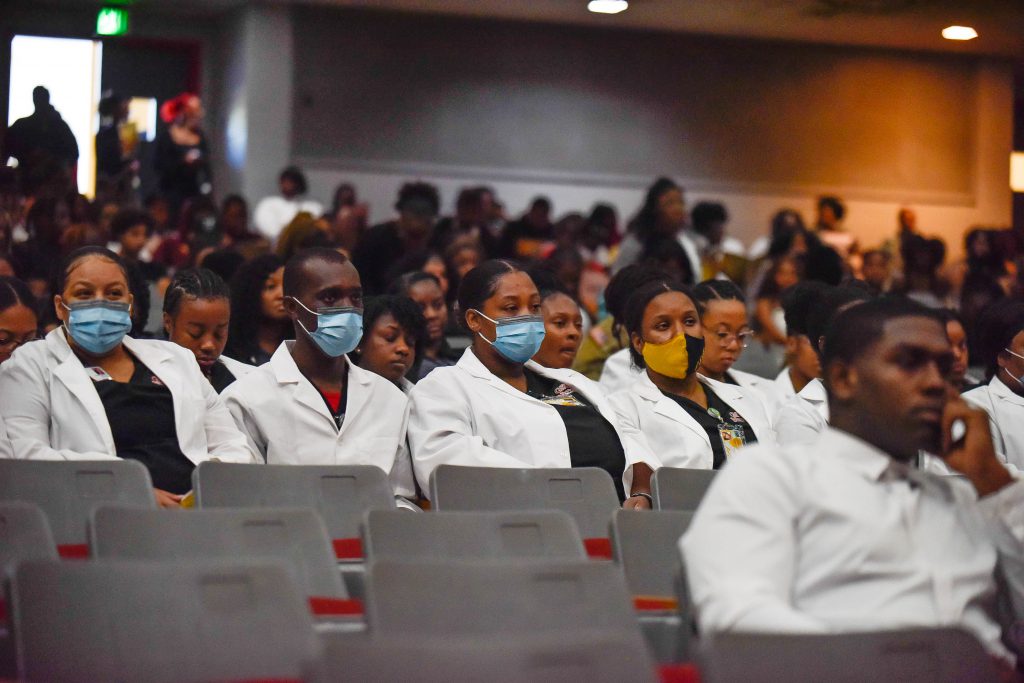 “When you look to the Constitution as to what its purpose is now as opposed to the basis behind how it was drafted, today it’s about due process, it’s about equality, it’s about having a foundation where we all have the rights and privileges that we can truly today benefit from – not being discriminated against.

“There are so many privileges and rights that we have now that 200 years ago, we as a people did not have. So when you look to the Constitution now, and its purpose, it’s evolved over time and I believe that as a panel today we’re going to discuss some issues that will help explain the constitution in a deeper way so that will you take the rights you have now more seriously, because your ancestors lived, fought, and died in some instances for you to have the rights you have now.”

“As you learn about the Constitution you will learn the benefits your ancestors basically provided to you that you can’t take for granted,” Moses said.

During his concluding remarks, Holmes urged GSU students to take advantage of the rights the Constitution and its Amendments provide to them.

“A lot of students will complain about what happens here on campus. Yet they didn’t take time to vote to be represented the way they wanted to be. They just complain about everything. … I encourage you to exercise your power to vote because people died for us to get that right. It doesn’t matter how big or small an election is, you should vote, because then you can complain if your representative isn’t doing what’s right or what’s fair. Then you have a solid moral reason to complain with good conscience.”

Moses concluded by reminding the onlooking students that they have a purpose.

“Don’t miss the opportunity to fulfill your purpose and destiny as you move forward,” Moses said. “What you heard today — what is the Constitution and why is it important?

“When you learn about the Constitution and African Americans — only five African American United States senators in all of history, that’s important. Don’t miss your moment to fulfill your purpose.”

Washington ended the program by telling the students that the Constitution reminded him that everyone in the auditorium has the capacity to establish for themselves what they stand for, how they will stand and to recognize the shoulders of those before them they stand upon.

“In our community, we have to stop being a cheap date to politicians who show up to our churches and come out and bait us,” Washington continued. “They treat us well and as soon as they get what they want from us, we don’t see them again until the next election. We have to stop that behavior and determine for ourselves what is our true agenda?”