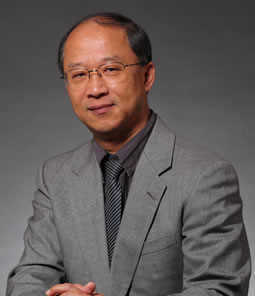 Mr. Ye Tao is an Assistant Professor of Music at Grambling State University. A native of Shenyang, China, he received the Bachelor of Arts degree in violin performance from the Shanghai Conservatory of Music. While he was in China, he was concertmaster of the Liaoning Symphony Orchestra, Opera House, and Ballet Company. He has also presented recital appearances throughout his native China including a recital at the Beijing Concert Hall. He has appeared as recitalist in Europe too, including an acclaimed recital in Italy:

“Ye Tao roused a capacity audience into an enraptured frenzy with his admirable performance of the Carmen Fantasy, Opus 25, of Pablo de Sarasate. It seemed as if the audience would never stop applauding.”

Mr. Tao came to the United States as a visiting scholar at the University of Southern California in 1989. He arrived in Louisiana in 1991, and received Master of Music degrees in violin performance and in conducting from the Northeast Louisiana University.

He has given solo violin recitals at the University of Louisiana at Monroe, Louisiana Tech University, and Grambling State University. In addition he has also appeared as recitalist in the concert sponsored by Monroe Symphony orchestra, Twin City Ballet, and the Little Theatre, has also played with the Ruston Civic Orchestra as a soloist.

In Louisiana, he has taught in the public schools, and was director of the Monroe Youth Symphony Orchestra for three years. He joined the Grambling music faculty in 1996, where he serves as Director of the University Orchestra and teaches Applied Strings, Music Appreciation, Introduction to Fine & Performing arts, and String Method classes.

His name is on the Who’s Who: The Best American Teachers Selected by the Best Students, 1996 edition.