LTC Mason M. Moore graduated in 2000 from California State University, Fresno with a Bachelor of Arts degree in Liberal Studies (History emphasis).  He commissioned as a Second Lieutenant in the Air Defense Artillery (Short Range). LTC Moore also holds a Master of Science degree in Public Administration from Central Michigan University. He currently serves as the Professor of Military Science at Grambling State University. 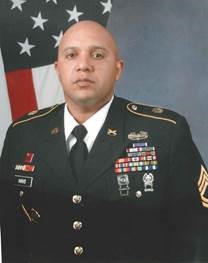 SFC Mims graduated from David W. Carter High School in Dallas Texas in 1998.  After graduating High School he attended the University of North Texas to further his education in the field of accounting.  While in Fort Sill, Oklahoma during OSUT, he was selected to participate in the Enhanced Advanced Individual Training Program where he trained as a Gunner on the M109A6 Paladin.  During his tour in Baumholder, Germany he received orders to proudly serve in Operation Iraq.  He received the Purple Heart for injuries received on Friday, October 13th, 2006.  He also deployed from April 5th, 2008 to May 28th, 2009 where he served as the Unit Armor, M240B Gunner, and Gunner on the M109A6 Paladin.  He then accepted proudly the rigorous challenges as a Drill Sergeant where his military career began in Fort Sill, OK. After he served his two years as a Drill Sergeant, he carried on his duties to Fort Drum, NY. He currently is serving as the Senior Military Science Instructor (SMI) at Grambling State University.

Antonio Tims serves as the key point of contact with the Professor of Military Science regarding recruitments and scholarship management for the Grambling Army ROTC program. Antonio also is responsible for recruiting events, marketing, and advertising of the ROTC program. He supports and attends high school speaking engagements, career fairs, and a host of engagements that bridges the ROTC program to other activities, programs, JROTC schools, community services, and institutions. Mr. Tims began working in SROTC in 2010 as an instructor until 2013 when began serving in his current role. He was born in Monroe, LA and graduated from Neville High School. Antonio enlisted in the Louisiana Army National Guard in 1999 as a 12T, Technical Engineering Specialist, in the 528th Engineer Battalion. Mr. Tims received his Bachelor of Fine Arts in Graphic Design and commissioned as an engineer officer in May of 2010 from the ROTC program. He currently holds the rank of Captain in the Louisiana Army National Guard and is the S-3 Battle Captain of HHC, 225th Engineer Brigade.

Reggie Walker serves as the key point of contact with the Professor of Military Science regarding the Logistics of the Cadet ROTC program.  Reggie serves as the Tiger Battalion Liaison to the 6th Brigade and Cadet Command for the surrounding universities. Reggie has served in United States Army and retired with 32 years of Honorable Service. Reggie has over 35 years of Logistics and Physical Security military experience. Mr. Reggie Walker hails from Sacramento, CA.

Sherlock is the point of contact for all Human Resources issues for the Grambling State University ROTC Program to also include Louisiana Tech and the University of Louisiana, Monroe.  She is retired from the United States Marine Corps after 22 years of service and has been with the AROTC detachment at Grambling since May of 2017.